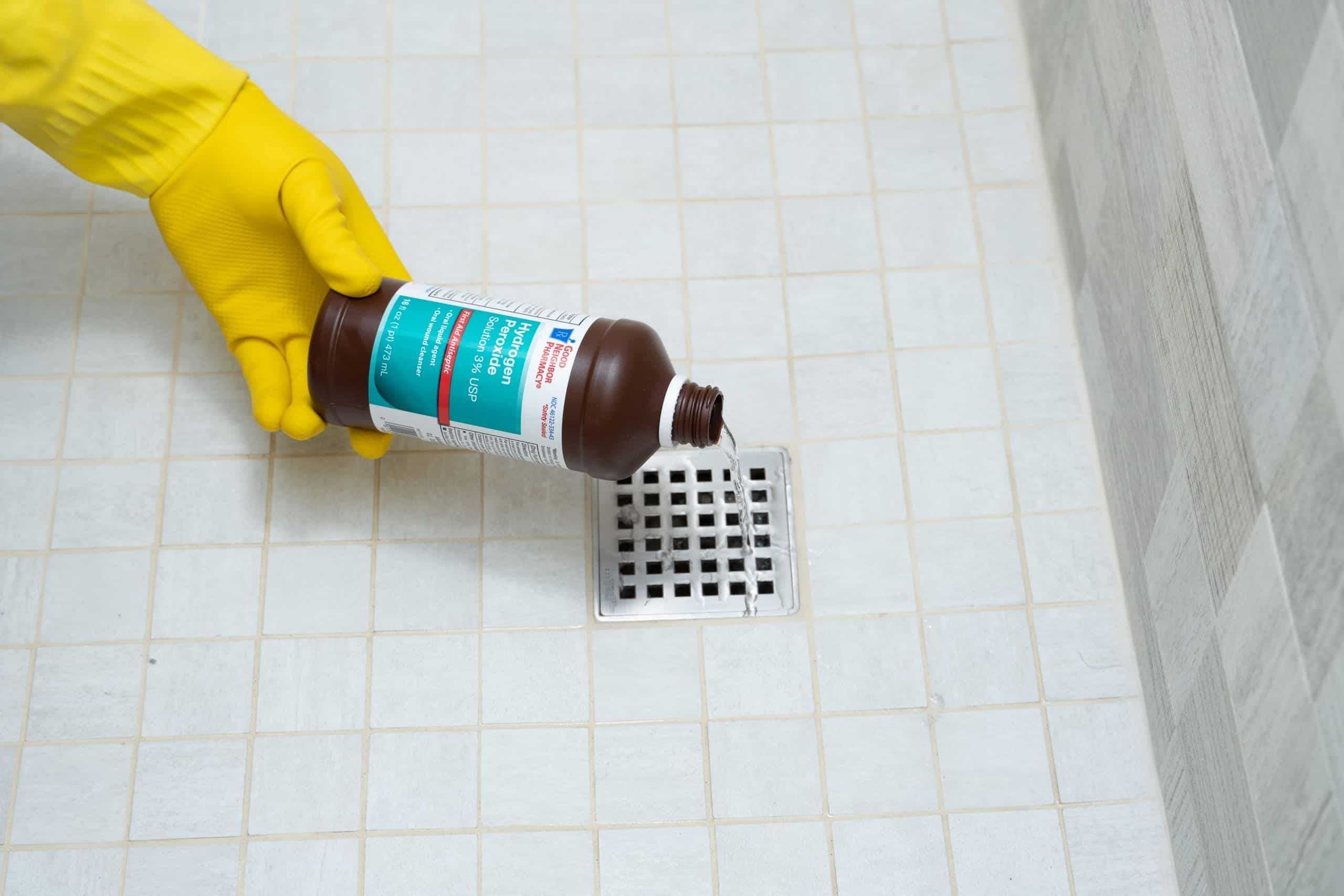 Ultimate Tips And Uses For Hydrogen Peroxide In One Place

Things To Know About Hydrogen Peroxide

How do you use the Hydrogen Peroxide you have? It’s a non- toxic multi-purpose item you should always have in your house. It is good for use in the kitchen, garden, household cleaning, and also for your first aid kit.

People may not know this or why hydrogen Peroxide is always in brown or a black bottle. It’s because if it’s exposed to too much sunlight, it gets less effective each day.

My advice is to keep it in your cabinets far from the kids and sunlight. Do not place it along with other food bottles; you may get confused one day. There are many types of hydrogen peroxide to choose from. The most common one is the one we use in our first aid kits but, there is the food grade hydrogen peroxide that can be used for kitchen purposes.

What is Hydrogen peroxide?

How To Whiten Teeth With Hydrogen Peroxide

Here is how to whiten your teeth with hydrogen peroxide:

Can you use hydrogen peroxide as mouthwash?

Yes! hydrogen peroxide can be used as a mouth wash. It is great to kill bacteria in your mouth while removing any other that might be lingering around. It will also help to whiten your teeth slightly in the process.

How to make a mouthwash with hydrogen peroxide?

How To dispose of hydrogen peroxide?

I use hydrogen peroxide regularly to clean out my bathroom and kitchen sink drain. The chemicals in hydrogen is powerful enough to break down any food or hair that might be stuck in the drain.

How to clean coins with Hydrogen peroxide

I have had a jar full of coins for over 4 years now. I finally decided I want to sell them and get hard cash to go and spend on something else. I didn’t realize that storing coins for that long packed together and not moving will cause them to rush and smell a funky way. This cleaning method below will show you how to clean coins with hydrogen peroxide.

You can use this cleaning method on rusty coins, coins you found in the dirt, or coins you just want to bring back the shine in. If any coins still have rust, dirt, or anything on them, use a hard enough toothbrush to scrub them off. 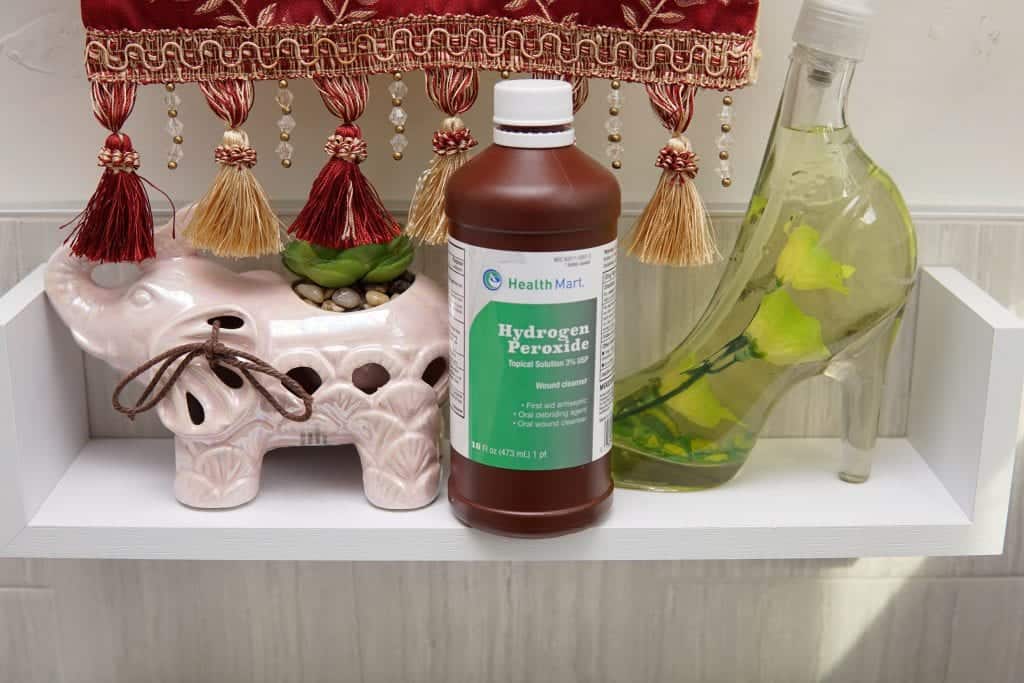 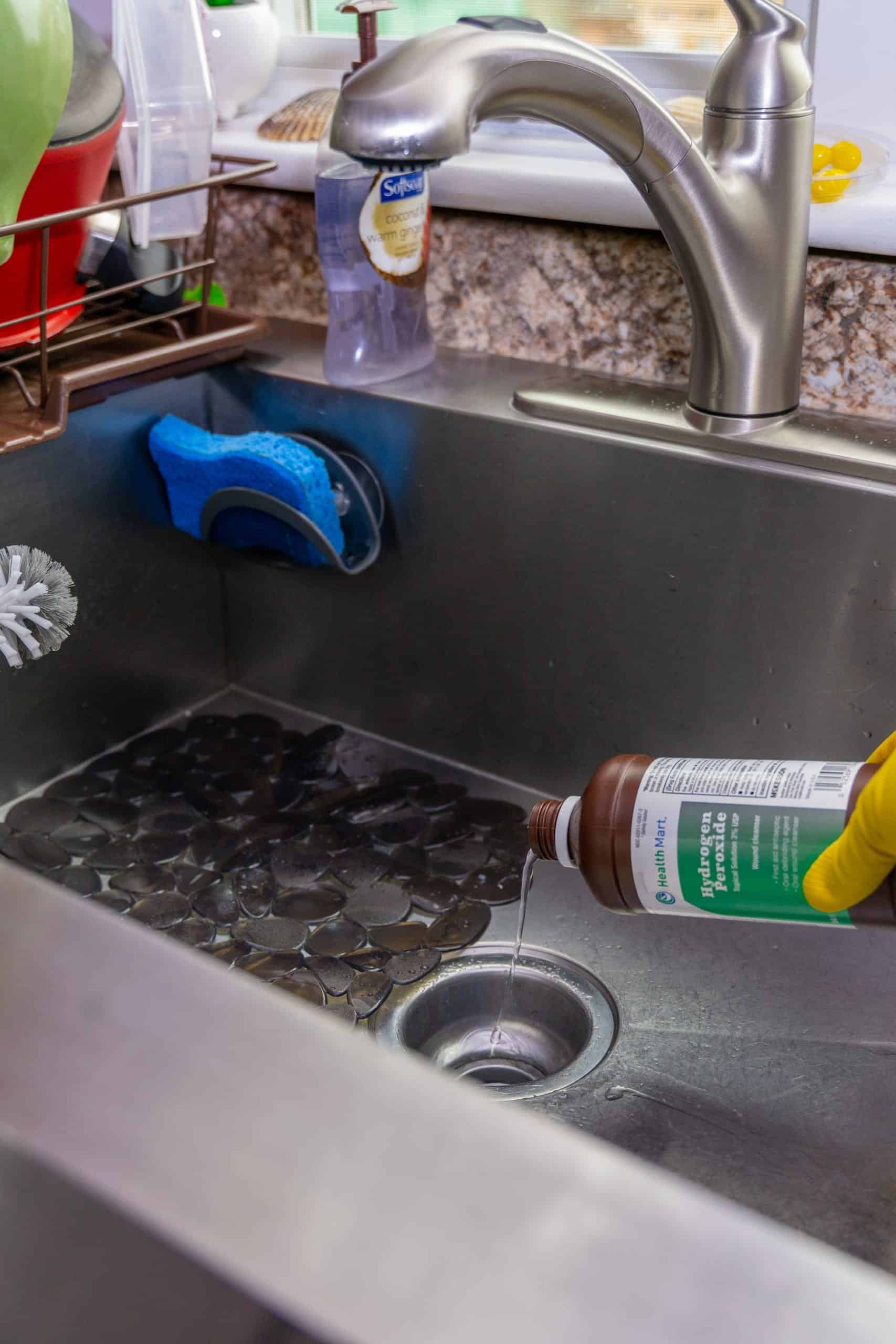 Clean the dish drainer that you put the dishes in. If you look closely at it you might see some black marks. You can use hydrogen peroxide to clean it. You can also pour some down the kitchen drain as well to kill grease or any odor that might be there.

Hydrogen peroxide will give you clean, streak-free windows.

Just make sure to finish cleaning up your windows before the hydrogen peroxide dries. That is how you will avoid those annoying streaks.

Hydrogen peroxide will come in handy in the laundry room too. You can use it to remove stubborn stains, soak your whites to make them whiter, and sanitize your washer. Even removing dried paint on areas that it should be.

So always make sure to stock up on hydrogen peroxide. Having the different types is a plus, as you can use them according to how they were made to be used.

Clean Your Toothbrushes And Sanitizer Bacteria 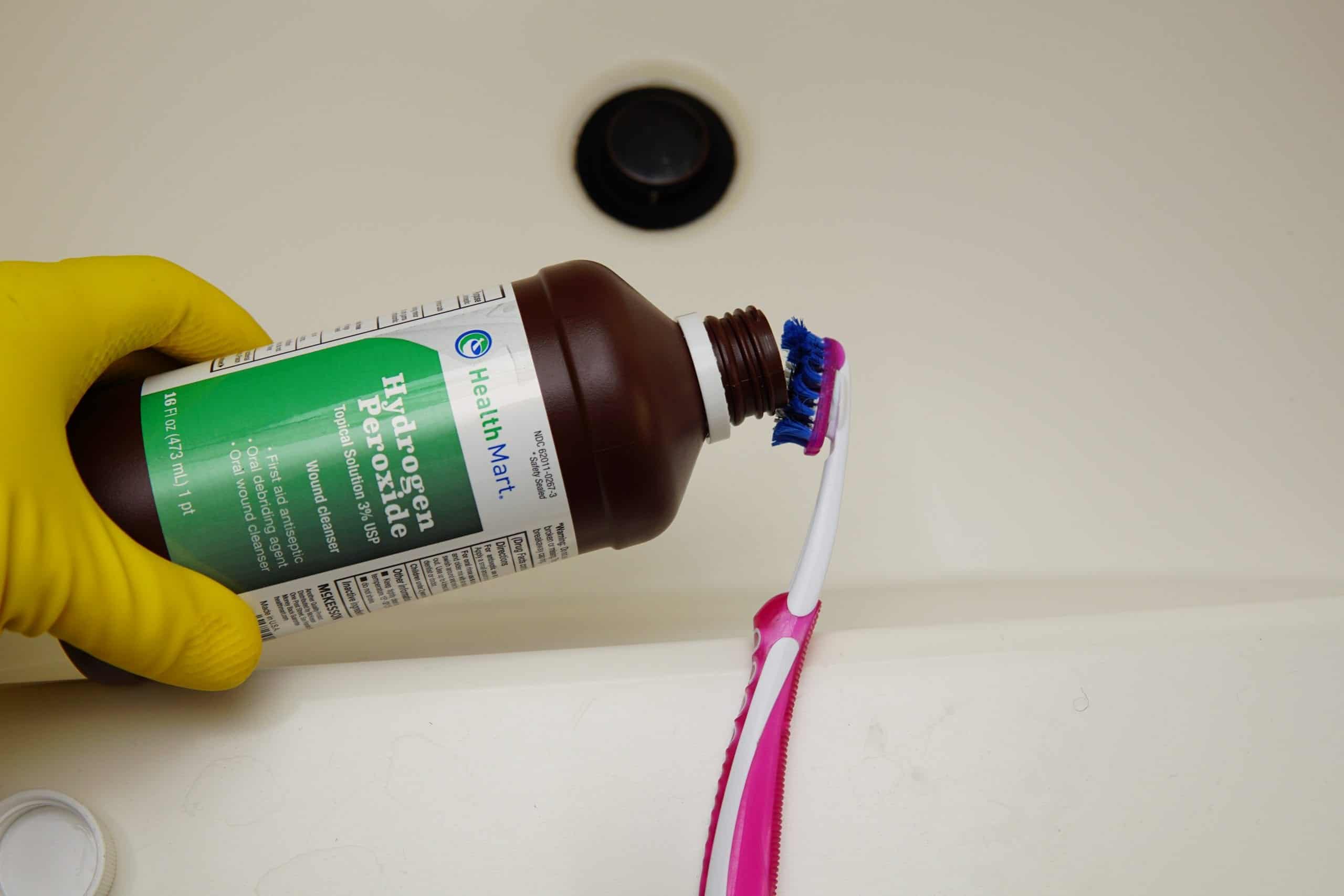 The most frequently used thing in our bathroom is your toothbrush. Most of us feel that just washing it with water will get rid of any bacteria that may be on it, but that won’t help. You can simply pour some hydrogen Peroxide on it our leave it in it for a period of time.

Cleaning Cutting Boards And Sanitize Them 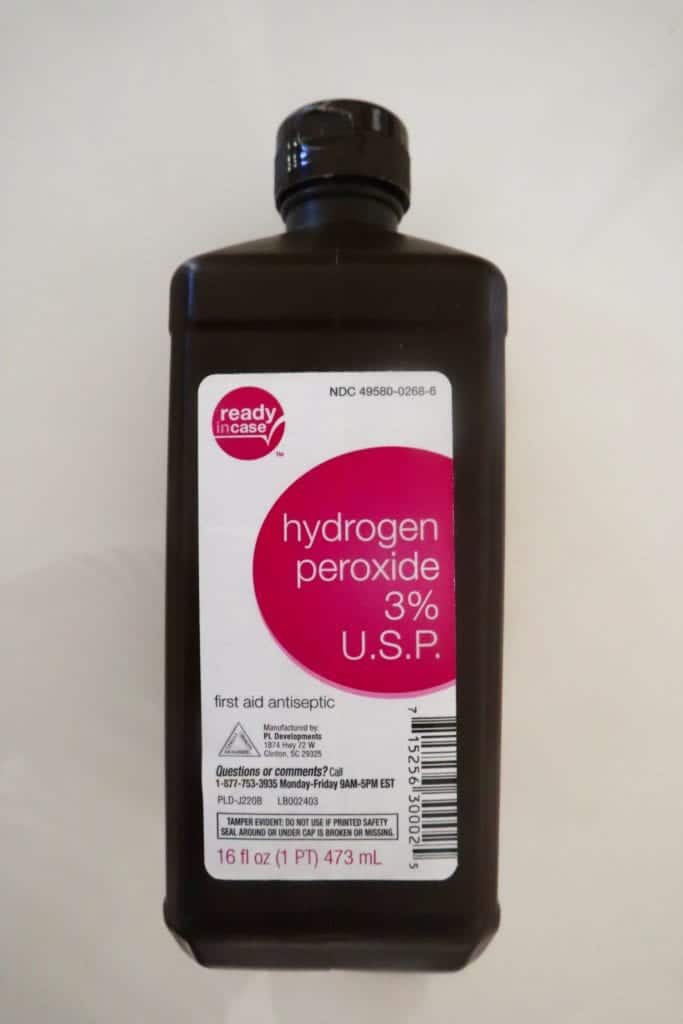 One of the bathrooms in my house doesn’t have a vent, so I normally see mold forming on some parts of the roof over the shower. You might be saying why don’t you open the windows, I do but I cant all the time because during the winter it gets really cold and the hot and cold air will create steam, and then I will have even more mole forming.

I tried using Lysol on the mold, but it didn’t help, what did was spraying some hydrogen peroxide on the area and leave it for half an hour and just go back and wipe it away.

I don’t think a lot of people know this but if hydrogen peroxide gets in your hair it can bleach it and change the color. This is a nice method to use if you just want to lighten your hair a bit because the longer it stays in the more it will bleach your hair.

Growing up I didn’t suffer from acne problems too much, but as an adult, it started to affect me a bit. Working in the dust and stuff just blowing in your face will cause bacteria to get on your face, and if you don’t wash it off instantly they will cause all sorts of bumps to come on your face.

What I didn’t know was that hydrogen peroxide will clean out the pores and prevent acne from coming back again. You can just use some to wipe your face off each time you take a shower and you will see the results you get over a period of time.

At most supermarkets they want us to use our own bags because its better for the environment. I agree with it, but the bag can get really messy and smell like all different types of food, especially meat. You can spray hydrogen peroxide inside the bag and wipe it down to clean it and remove any food odor that will be present.

Your bathroom grout will be the dirtiest, so you will need an easy method to clean it. First, you need to wipe tiles off. It will be easier if you spray the hydrogen peroxide on the joints so it can spread evenly. Leave it for an hour and use a toothbrush to clean afterward.

Clean Your Sink An Remove Odors 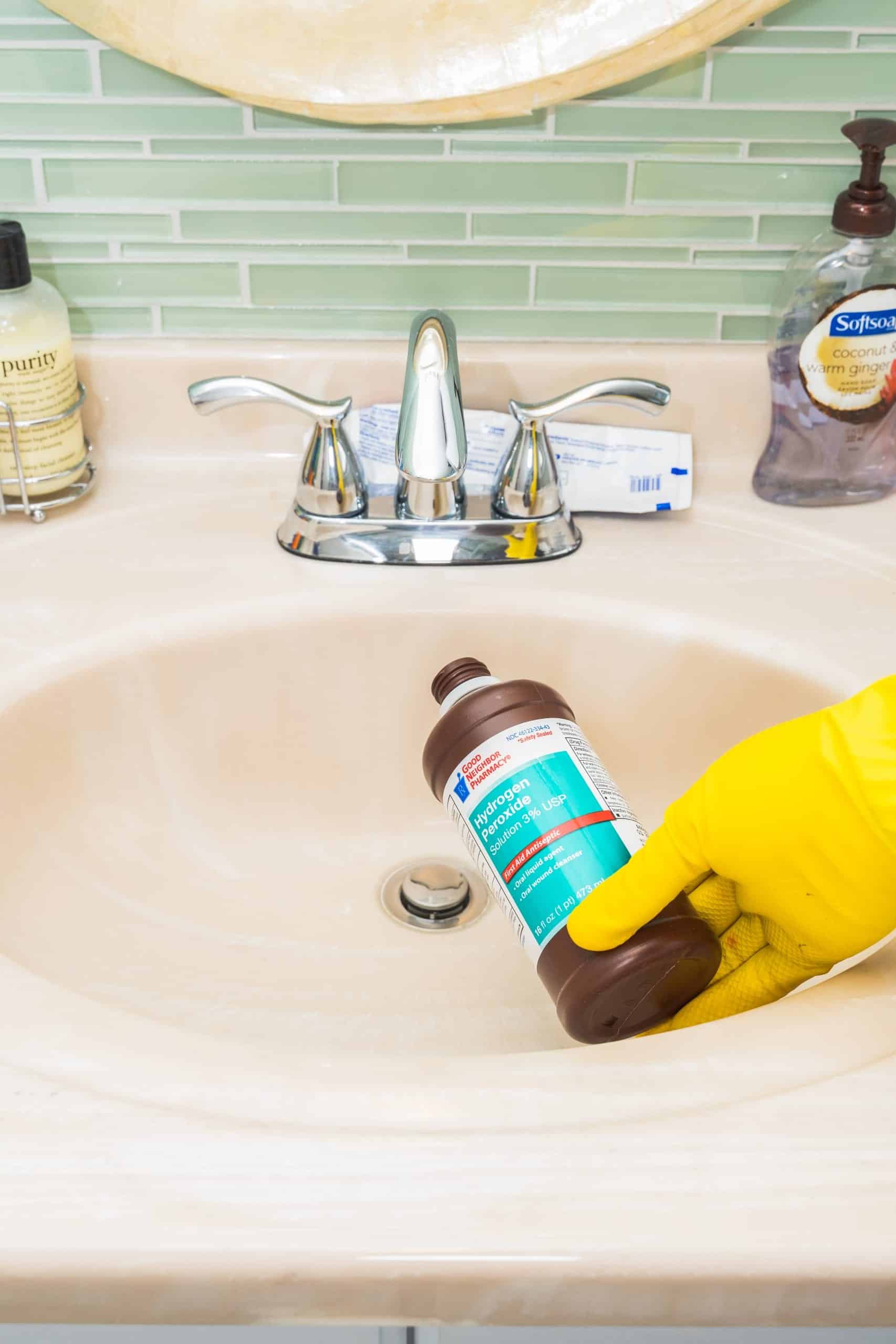 If stains and grease are hard to remove from the kitchen sink or bathroom sink. Just get a sponge and give the sink a wipe with some hydrogen peroxide and let it sit for a bit. After that, just go and wipe it and see how easy it comes off. If it doesn’t come off with the first try, just repeat the process.

Save your plants from dying 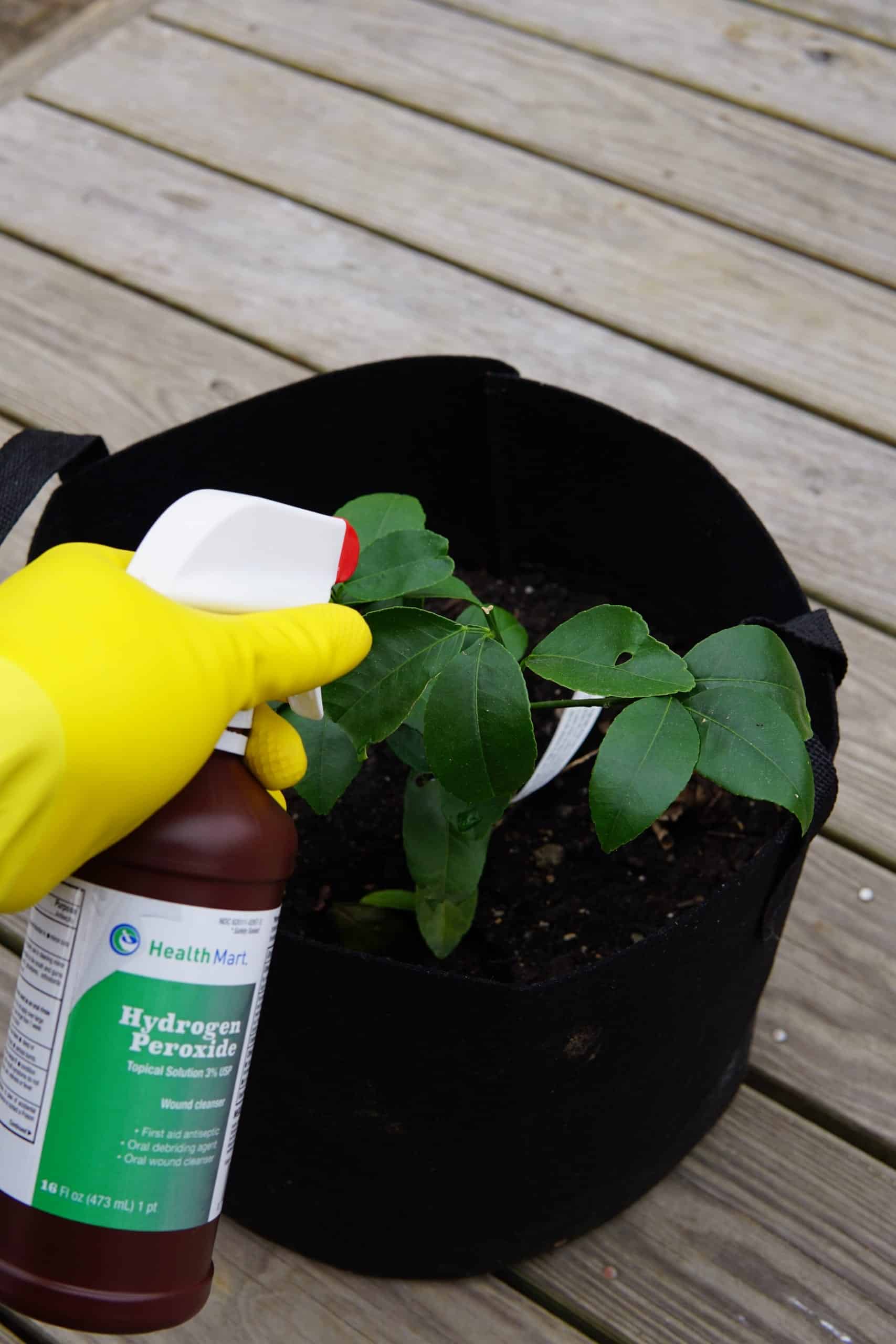 If you see your plants in your garden or anywhere dying, it may be because of bacteria, excessive watering, and more causing root rot. This can kill your plants quickly, and all your hard work of growing them will be gone.

What can save them from the bacteria is hydrogen peroxide; it kills them and also helps to restore the plant oxygen level in the soil. What you will need to get is whatever you use to water your plants with, a watering can, etc.

This will be a 1 to 1 ratio of 3% hydrogen peroxide to water. When watering the plants, make sure this mixture doesn’t touch the leaves on the plant cause it will burn it. It will kill any bacteria that are killing the roots in the soil.

Over time your bathroom drain will get clogged with all the grease that’s coming off our body. Before you call the plumber and spend some extra bucks.